Today’s historical entry deals with agricultural presses in ancient times and how nuts and bolts play a major role in the use of presses.

Oil and wine were very important raw materials in ancient times. In the Roman Empire oil and wine were not only used to refine food. Both could be processed into other products in the ancient world, which was dependent on agriculture. For example, oil could also be used for lighting in oil lamps or for perfume production. Meanwhile, wine, processed in the form of vinegar, served Roman soldiers as a refreshing drink and disinfectant. 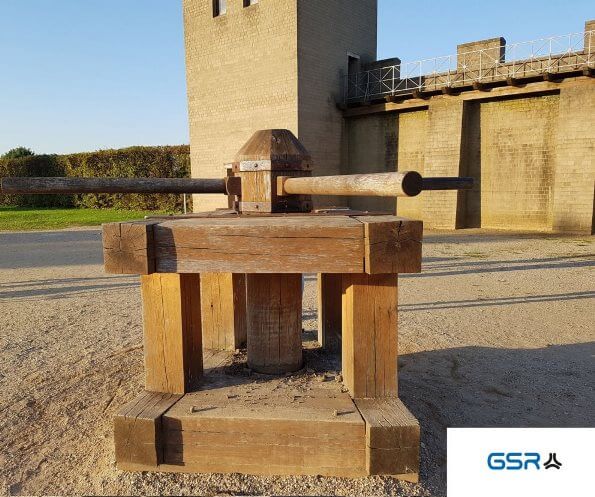 Descriptions and instructions for the construction of olive oil and wine presses can be found both in Heron of Alexandria, a Greek mathematician and engineer (ca. 1st century AD – 62 AD) in the third book of “Mechanics”. As well as with the Roman scholar Pliny the Elder (ca. 23 A.D. -79 A.D.) in his work “historia naturalis”. The agricultural implements described there show different construction variants. Archaeological findings of oil and wine presses show that the construction descriptions of that time and the models of today hardly differ. These can still be found in smaller villages and monasteries in the Mediterranean region.

Whereas presses were originally operated with ropes and levers, screw presses were considered an enormous development process. The screw was fixed on the press. Around the screw there was a nut. Depending on the construction, a lever for using the press could be attached either to the nut or to the screw. Later on, the principle of the press was copied and used for minting coins and printing. 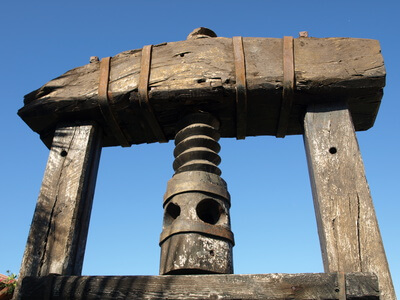