Screw and spiral structures already existed in ancient times, although they cannot be compared with modern screw connections or threading tools. Archimedes from Syracuse (287 – 22 B.C.) is considered the inventor of the mathematical theory of the water spiral, water screw or also screw pump. Archimedes was a Greek mathematician who studied spiral constructions for irrigation of fields during his stay in Egypt. This is why it is also known as the “Archimedes’ screw”. There are traditions that indicate that long before Archimedes’ time, water snails were known as an aid in agriculture. Until today they are used in Egypt at the Nile. 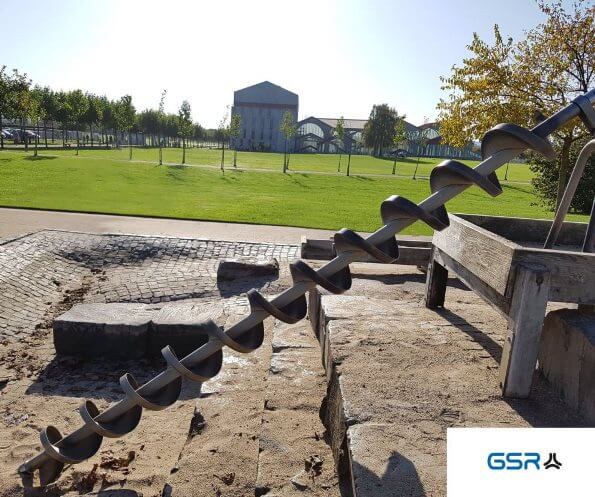 Function of the water screw

The Archimedean screw consists of a tube with a central axis. A spiral is attached around this central axis. At the upper and lower ends are openings to allow water to flow in and out. By turning the screw, the water is pressed into the chambers and finally transported upwards. In ancient times the Archimedean screw was made of wood and finally sealed with pitch. A building instruction can be found in the work: Ten books on architecture (de architectura libri decem) by Marcus Vitruvius Pollio. The Roman architect and engineer provides detailed construction instructions in volume X Mechanical engineering (Machinarum see chapter 6).

However, the Archimedean screw was not only used to irrigate the fields, but also for drainage. The Romans in particular knew how to use several Archimedean screws in a row to dry out their mines and pits. This made it possible to extract precious metals, which were needed for the production of coins, among other things. Without these the Romans would not have been able to wage wars of conquest. Historians found well-preserved water screws of the Romans in southwestern parts of Spain around 1883-1884.