Thread types on the bicycle: bicycle, valve and regulation threads

The bike is teeming with threads. Spokes, axles, bottom bracket bearings, valves are only a few of the components on a bicycle in which threads are used. In this blog post you can read about the most common types of bicycle threads and their applications. 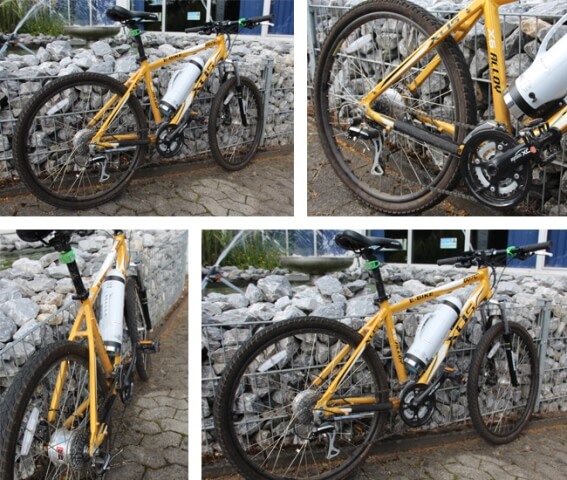 In the course of the development of the bicycle, several standards for these components have been established. Since bicycles are manufactured all over the world, the assignment of a thread depends not only on the respective component, but especially on the origin of the bicycle. Italian bicycle manufacturers, for example, also use Italian standard threads. Although these are relatively identical to common component manufacturers, they have a flank angle of 55°. DIN threads, on the other hand, have a flank angle of 60°.

Thus, if the flank angle is incorrectly used in the cutting insert, the thread can be destroyed. It is therefore advisable to determine the thread correctly before cutting/retapping a thread.

You can find more about Italian, French and English bicycle threads in this article:

The most common standards of bicycle thread types are:

Due to the British-American origin of this standard, the dimensions of the respective thread sizes are also not clearly stated in mm. The designation FG 2, for example, indicates that this size is the nominal diameter 2 mm. In fact, however, FG 2 means that it is a nominal diameter of 2.096 mm.

The origin of this standard becomes even clearer when the lead for the thread dimension FG 2 is indicated:

This is because, unlike metric threads, the pitch here is given in threads per inch.

The most common FG threads are:

For the bicycle there are – roughly differentiated – the following common valve threads. In the following we present the Dunlop valve, Sclaverand valve and Schrader valve.

The inventor was John Boyd Dunlop, who also gave his name to the well-known tyre brand. The Dunlop valve is the most common valve in Germany, Austria and the Netherlands. It is mainly used for touring and city bikes.

It is available in two versions:

On the one hand the older version with a rubber tube to pump in the air, which however involves a lot of effort when pumping, and on the other hand the version that is common today, where the valve involves a ball or a cylinder. This newer automatic variant is also called the flash valve.

The rim bore for the use of this valve must be 8.5 mm and is designed for a maximum pressure of 6 bar.

The Sclaverand valve is also known as the French valve. It is used with a rim bore of 6.5 mm and withstands a pressure of 15 bar. This is why these valves are mainly used in very thin tires, such as on racing bikes. The Italian designation of this valve type is “Presta”.

Like the Dunlop valve, the Schrader valve requires a rim hole of 8.5mm and can withstand a pressure of up to 6 bar.

This valve is used more and more today, as tyre widths have increased considerably in recent decades with the introduction of mountain bikes and trekking bikes.

The decisive advantage of this valve type is that it can be filled with air at any filling station.

The most common valve threads are:

The value refers to the outer diameter of the valve.

Smaller metric or metric-fine threads are mainly used for the following components on the bicycle:

How can I determine a bicycle thread?

For the exact determination of the thread we have created a general step-by-step guide:

In our download area we have compiled a PDF with technical data about bicycle threads (axles, steerer tube, spokes, bottom bracket and pedals).

A large selection of thread tools is available in our Shop