What does 6 H and 6 g mean in the general designation of threads?

In the end, they must fit together: the screw and the nut. In the past, this was regulated in such a way that each internal thread had its own matching external thread. Then came the industrial age and generally binding rules for technology were established (standard). And thanks to this standard, screws from England now fit nuts from Germany. A part of this standard also defines the tolerance. It is understood here as the permissible deviation from the standard dimension without endangering the system as a whole. An example is the specification 20 +1/0.5. 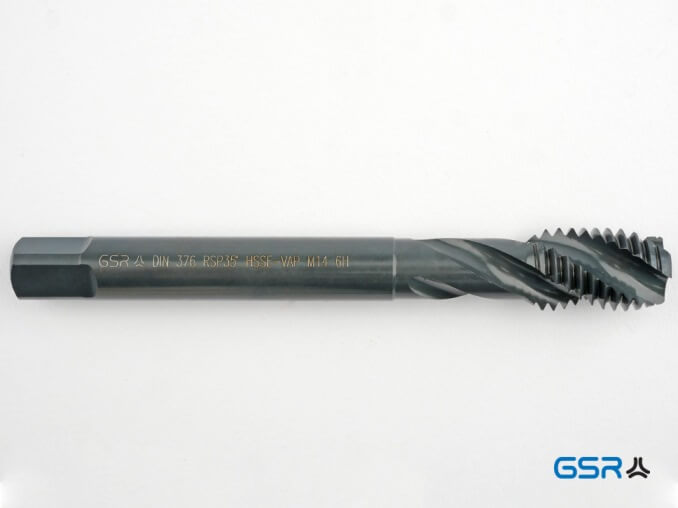 This means: the measure can be between 21 and 19.5. The tolerance is 1.5. Tolerance specifications are necessary because perfect accuracy is not technically feasible and is not functionally desirable.

After all, the aim of thread cutting is to create external threads and internal threads that fit together. In the language of technology this is called fit. And to ensure that this fit works, the following has been defined in the screw standard. The dimension of the screw should be below the nominal dimension, the dimension of the nut should be above the nominal dimension. And the tools that produce the screw and nut threads must follow this logic, albeit within narrower tolerance ranges than the screw standard.

In our example 6 H, this is a medium tolerance class for standard threads from M1.6. If you want to name a fit between threaded parts, the designation is, for example: M 6 – 6H/6g.

So far so good, but what on earth is behind Tolerance Grade 6 and what is the location of the tolerance field? All this is defined in DIN ISO 965-1.

Now what about the 6?

DIN ISO 965-1 also provides information here. To ensure that the system of tolerance grades is consistent for the various pitches and outside diameters, the tolerances have been defined in tables. And a number has been assigned to each of them. For the internal thread there are the numbers 4 5 6 7 8 for the degrees of tolerance, for the external thread 4 6 8. The larger the number, the greater the degree of tolerance.

Each specification of a tolerance class consists of:

If the two designations of the tolerance classes for flank and core diameters of the internal thread (or for the external diameter of the external thread) are the same, it is not necessary to repeat the abbreviations.

Standard thread with a nominal diameter of 10 mm

Tolerance classes for flank and outside diameters

Standard thread with a nominal diameter of 10 mm

Tolerance classes for flank and outside diameters 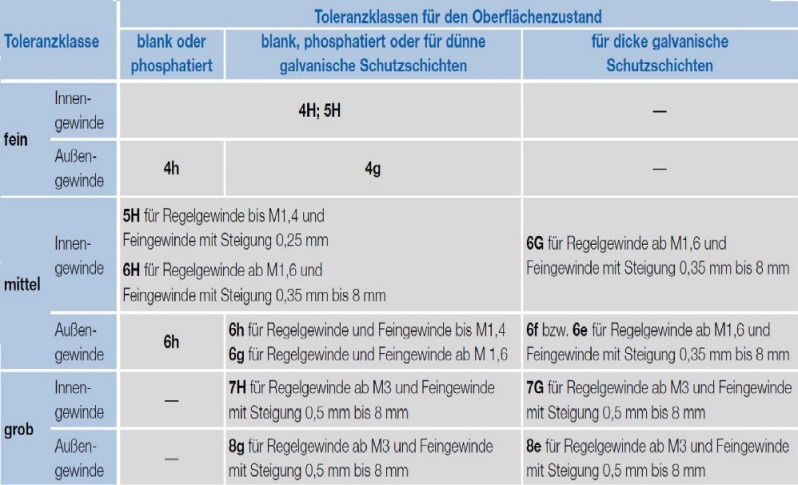